As you may know, I spent a year in Glasgow, Scotland receiving my Masters from the University of Scotland. I was chatting with someone who heard that I had some interesting adventure while I was out there, and since it’s college in a foreign land I probably had something I regretted. But, to be honest, there’s nothing I did during that year that I regret. Let me go through some stuff.

Starting with some trips I took, I went to London several times for various things, including spending the day in the Tower of London, a book tour (or two), and an expo. Did not regret a single thing about those trips. I didn’t even regret staying in a sketchy hostel while I was down there because, man, that was an experience. I went up to Edinburgh even more, mostly to see cats. I went to Manchester to see a drag show and spent some time by the Alan Turing memorial, where it’s a mini tent city sadly. Don’t regret spending time with them. And my biggest trip was to Paris, France, where I stayed at Disneyland Paris, spent a few days there, and went on a Paris excursion to the Louvre. Hella expensive, but I don’t regret a single expense. 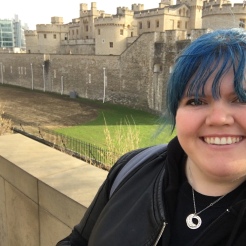 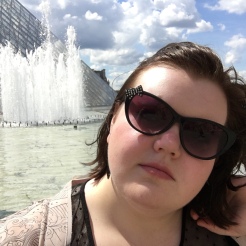 When I was actually staying in Glasgow, I still had the time of my life, with no regret. I spent time in city centre whenever I had the aching to be there, and I found a ramen shop which I ate at more times than I can remember. Of course, there were plenty of events I took part in, mostly shows and concerts. I saw Amadeus live, Christmas Queens, Bianca Del Rio, an opera, plenty of plays (hello, major in school), a Halloween costume contest (which I won), an outdoor festival with Radiohead, and concerts by Disturbed, Avenged Sevenfold, Blink-182, Starset, Breaking Benjamin, and more that I’m probably forgetting right now. What’s more, I was VIP to some of the concerts (because it’s cheaper in the UK than in the US…for some reason). Did not regret a single moment of those.

What about school? How was I able to do all these great things and be a Masters student. Honestly, I don’t remember. But I did it. I worked hard, got my degree with honors and lots of experience. Not only was I able to work as a dramaturg and write a play, but I was able to be a reviewer at the Fringe in Edinburgh and I was able to write and perform a small one-woman piece. 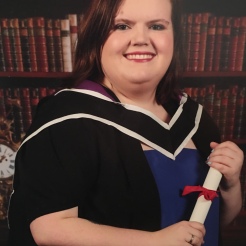 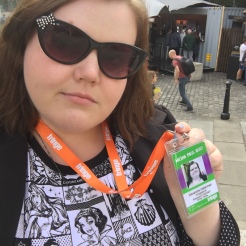 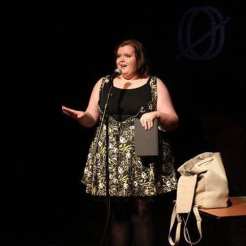 Long story short, I don’t regret my time. Even now as I’m back in school for a degree that seemingly doesn’t have much of anything to do with the Masters I got, I don’t regret the experience at all. I’m sure I had some regrets back in the day, but looking back I have nothing but love for my year out there. I can’t afford to spend brain power regretting anything. I’d rather remember it as the awesome place and time it was.

Hugs (and haggis, which wasn’t disgusting)